Biodiesel is a sustainable alternative to fossil diesel. It is made from renewable materials. Renewable means: material that cannot be exhausted, such as fossil raw materials. Biofuels reduce greenhouse gas emissions compared to driving on fossil fuels.

According to the Dutch Emissions Authority biodiesel on the Dutch market has the best CO2 reduction compared to fossil diesel . 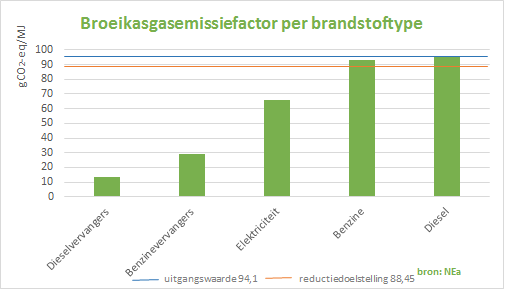 Now that the European Commission has increased the blending obligation for European fuels, it is clear that sustainable biofuels will gradually replace fossil fuels up to and including 2030, in addition to developments for electric transport. That is why a lot has been invested in the production of biofuels in the Netherlands. Between 2006 and 2012, approximately €1.5 billion was invested in this new industry in a total of 10 factories, of which 6 are still operational. This provides direct and indirect employment in the Netherlands, but also contributes to the development of agricultural areas, to knowledge for a sustainable economy and to knowledge about biofuels.

Scientists make it clear that biofuels, if produced sustainably, are essential for the future of our transport sector. Alternative solutions for more sustainable transport, such as electric driving, hydrogen or more use of public transport will be insufficiently available in the coming years. That is why a number of conditions apply to sustainable biofuels: